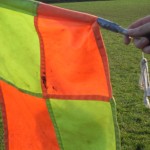 Wexford CBS has a long and proud tradition for being one of the counties top soccer schools.  Students are catered for at all levels ranging from U-13’s right through to the Senior team at U-20 level.  There are three teams competing before Christmas

The school also organises an internal first year league and a sixth year league which ultimately decides which of the seniors play the teachers in the end of year grudge match!! There is also an indoor soccer tournament (futsal) for first years in which the school reached the All Ireland Final two years ago only to lose heartbreakingly on penalties.

Wexford CBS are currently the Senior Wexford/Wicklow champions while being highly competitive at all grades.  The school boasts a number of county and international players  and yet there is a place for players of all ages and abilities.  Training takes place both during lunch and after school so dedication is needed, but players will tell you it is worth it in the end.  And so, if soccer is your number one sport, Wexford CBS is the school for you.

Wexford C.B.S………….3
Kilcoole C.S……………..0
Congratulations to Mr. Codd and his merry band of men who captured the Wexford-Wicklow League in style today. The goals were all scored by Danny Fitzpatrick, who now is a legend in C.B.S. folklore. The Michael Enright Cup sits proudly in the Boker once more.
A fantastic season which saw Wexford CBS take some notable scalps came to a dramatic conclusion on Wednesday afternoon as the Wexford lads emerged victorious in a wonderful Wexford – Wicklow Under 19 final.  Their opponents, Kilcoole of Wicklow, boasted several county players, many of whom had international experience.
It was no surprise, therefore, that the CBS boys found themselves under the cosh for most of a first half in which they played against a strong wind.  Indeed they were grateful on several occasions to goalkeeper, Ross Lynch, who made some superb stops at vital moments. Ross’ performance was all the more remarkable considering he was only called into the team to replace the unfortunate Ryan Furlong who was injured the day before the final.  Ross was more than ably supported by a solid defence of Pierce Dooley, Brandon Nolan, Captain Dean Roche and the excellent Dale Scallan.  Spurred on by this staunch defence the CBS soon began to find their feet and the tide began to turn.  Robin Dempsey and Ashley Haughton deserve immense credit for stabilising the mid field and creating chances for the dangerous forward pairing of Sean Pailing and Danny Fitzpatrick. Indeed, it wasn’t long before Fitzpatrick took advantage of one such opportunity to put the Wexford boys one up at the break.

The second half began with a flurry of chances created by the CBS lads who, were now, smelling blood.  Finally, one of them fell to Fitzpatrick who notched his and his teams second with half an hour to go.  Kilcoole, however, were in no mood to surrender and piled pressure on the Wexford goal.  Both wide men, Keith Morrissey and Steve Mulally threw their support behind an overworked defence and succeeded in keeping Kilcoole at bay.  Time ticked by and it became obvious to all there that this Wexford team just would not be breached.  The icing on the cake came when man of the match, Fitzpatrick, completed a memorable hatrick by tapping in after some great work by Scallan.
The Michael Enright trophy was presented to winning captain, Dean Roche by Mrs. Mary Enright, amid scenes of much jubilation.  Manager, Brendan Codd, would like to express his thank to St. Joseph’s soccer club for kindly allowing the use of their wonderful facilities and to Johnny Nolan, Joe Breen and Fr. Brian Whelan for their continued help and support throughout the year.  A special word for the entire panel who represented their school in such a dignified manner throughout the season.
Squad
Dean Roche, Lee Harpur,  Pierce Dooley, Dylan Walsh,Sean Pailing, Brandon Nolan ,Ross Lynch, Shane Murray,Danny Fitzpatrick, Keith Morrissey,  Steve Mulally, Peter Furlong, Robin Dempsey, James Flood   Sean Kearney, Stephen Duggan, Ashley Haughton, Dale Scallan, Ryan Furlong, John Larkin,  David Doyle, Lee Ennis.